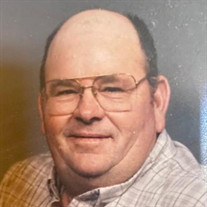 Coy Joe Staton beloved Husband, Father, Brother, and Papaw drew his last breath at age 83 while surrounded by loved ones in his home in Ashdown, AR on January 7th, 2022. He was born in Hugo, OK and went on to start a career driving trucks. He traveled throughout the United States for several years developing a near photographic memory of the highways and bi-ways across the nation. After hanging up his keys to the big rigs, he held on to his passion for CB radios, which he loved to tinker with for the remainder of his life. He tried his hand at law enforcement before finding the job that would carry him through a long and successful career in construction where he would propagate so many other people’s careers including his children’s. His stories of long-haul trucking, construction work, and childhood memories will be fondly missed. He was preceded in death by his parents, Albert Coy Staton and Ella Marie (Couch) “Dude” Staton; his brother John Staton; his two sisters, Barbara Staton of Hugo, Mary Ann Pearce of Marksville, LA; and his daughter Tami Lynn Staton of Ashdown. He is survived by his wife of 65 years, Sharon Staton; two sons, John and wife Madeline Staton of Dayton, TX and Bobby and wife Regina Staton of Baton Rouge, LA; daughter Alana Porter of Ashdown, AR; brother Bill Staton of Foreman, AR; grandchildren, Lauren Martin of Little Rock, AR, Hope Reasoner of Baytown, TX, Joseph Smith of Ashdown, Rebecca Perryman of Ft. Worth, TX, Devin Staton of Houston, TX, Ali Staton of Ashville, NC, John Dylan Staton of Denton, TX, and Coy Porter of Ashdown; great grandchildren, Noah Reasoner of Baytown, TX, and Shawnix Smith of Ashdown, AR, Lillian Smith of Texarkana, Trinity Rose Smith of Foreman; and numerous nieces and nephews who are much loved. Also, special friend and neighbor James Montue. Services have been cancelled due to COVID. Arrangements made with Madden Funeral Home in Ashdown.

Coy Joe Staton beloved Husband, Father, Brother, and Papaw drew his last breath at age 83 while surrounded by loved ones in his home in Ashdown, AR on January 7th, 2022. He was born in Hugo, OK and went on to start a career driving trucks.... View Obituary & Service Information

The family of Coy Joe Staton created this Life Tributes page to make it easy to share your memories.

Send flowers to the Staton family.