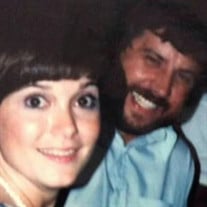 Fred Walker of Ben Lomond, Arkansas died on March 15, 2021 after a long illness. He was 70 years old. Fred was preceded in death by his parents, V.V., W.C., and Gertrude Elizabeth (Jones) Walker. He is survived by his wife of 45 years, Ann Foster Walker, their four children, B.J., Clint (Jessica), Cole (Jana) and Tressie Ann, and their grandchildren, Jacii, Kai, Stacy, Rylee, Baxton, Elizabeth, Lily, Emily, Kason, Callyn, Jo, and Clyde. He met his wife by chance at a basketball game in 1971. He knew right away he would marry her, and 4 years later, he did. Together they had four children, and he could not be prouder of each of them. He wants the world to know that nothing he did in life meant as much to him as helping raise his four children into the good people they are today. Aside from his family, he had passions, baseball chief among them. He spent many years on the baseball filed, playing himself and later coaching his children from T-Ball up until high school. Fred could be obsessive about baseball. He never missed a game or practice. His interest in the sport was not limited to his kids. He loved the St. Louis Cardinals more than any team in any sport, but when given a chance to be a scout for the Philadelphia Phillies, he didn’t turn that down. Foxhunting was another of Fred’s loves. He picked up the foxhunting bug from his father. He was president of the All American in 1982 and took on the role of running that hunt until 1999. When Walter Folsom, a longtime fixture in the foxhunting world, was nearing the end of his life, the All American decided Walter needed recognition. They decided to give him a plaque at a banquet honoring him; Fred said skip the plaque and wrote Walter a song instead. He knew that would mean more to Walter, and he was right. That was Fred, always thinking differently. By the late 1990s, the sport needed to change, so he founded the Masters in 1999. It was an entirely new way to score a hunt. He established the Hound of the Year, the Sire of the Year, and the Foxhunting Hall of Fame. His contributions were recognized, being inducted into the Hall of Fame himself in 2009, receiving the keys to multiple cities across the country for his work, and making friends from across the United States and Canada. He would acknowledge he never had any great success in field trials, but there can be no question about the influence he had on reviving the sport in America. Fred’s mother bought him a set of encyclopedias when he was eight. He read every volume, cover to cover. When he finished, he read them again. His mother taught him to be curious, to question, and to always seek more knowledge. He never lost that. Now, in fairness, he had a near-photographic memory that made learning easier for him than for most, but he was never satisfied. He loved people smarter than him, or more experienced than him, or more talented than him, or who could do things he couldn’t do. After all, the easiest way to learn is to be around people who can teach you. Fred was also a man of opinions. Rome is the world’s greatest city, but Sienna is prettier. John Lennon was a genius, but Sam Cooke and Jim Croce were his favorite singers. He loved the Lion King, mainly because it contained his favorite movie quote (“I’m surrounded by idiots.”). Tomatoes should be homegrown, eaten cold, peeled, sliced, with sea salt. He never understood why anyone would smoke or vote Republican. Chianina is the best bread of cattle. W-Way Bud was the best foxhound he owned, and he should have never sold him to that man in Chile. He loved poetry, especially that of e.e. cummings and his good friend T.O. Wilson. No one had an excuse to “stink, steal, or cheat”. About these things, and so many others, he was certain. But in the end, he had his beliefs, and he knew others had theirs. If you treated him with respect, you could be sure he would treat you with the same. That was very important to him. It is customary in obituaries to talk about flowers and donations. Fred did not particularly care for flowers, but he was grateful for the care he received the past few years, and was especially thankful to the Ben Lomond First Responders. We think he would not mind if you made a donation to the Ben Lomond Fire Department, P.O. Box 144 Ben Lomond, AR 71823. Fred is buried at Ben Lomond Cemetery, within view of the house where he grew up with his loving parents, and the North African Oak that he planted as a little boy. That was always his favorite tree. His good friend Mike Mize officiated the burial. Luke Billingsley, Quintray French, Trey Howard, Brad Morgan, Anthony Shelton, and Josh Walker were pallbearers. If you are wondering about the unusual obituary photograph above, Fred selected it to appear here. His wife Ann is at the foreground, and he is in the background. Don’t worry, Ann is very much alive. As Fred saw it, if the purpose of a photo is to remind you of someone, this is exactly how he wants to be remembered, happy and with his wife, whom he loved more than he could ever express. Fred wanted you to take these closing lines from his favorite e.e. cummings poem and know how true they were to him. This is how he felt about all who knew and loved him: here is the deepest secret nobody knows (here is the root of the root and the bud of the bud and the sky of the sky of a tree called life;which grows higher than soul can hope or mind can hide) and this is the wonder that's keeping the stars apart i carry your heart(i carry it in my heart)

Fred Walker of Ben Lomond, Arkansas died on March 15, 2021 after a long illness. He was 70 years old. Fred was preceded in death by his parents, V.V., W.C., and Gertrude Elizabeth (Jones) Walker. He is survived by his wife of 45 years, Ann... View Obituary & Service Information

The family of Fred Walker created this Life Tributes page to make it easy to share your memories.

Send flowers to the Walker family.