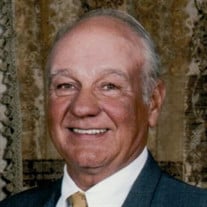 Jack Madden was born June 13, 1945 in Waterbury, Connecticut to his parents Sheldon Madden and Ruby (Reppond) Madden. On Saturday, February 19, 2022 he was deceased at a Texarkana hospital at the age of 76. Jack was the owner of Madden Funeral Home. He was preceded in death by his parents and a sister, Judy Madden. Big Jack lived a life filled with work, family, and until his last few years, a retirement where he golfed with friends and mowed more acres in a year than a professional yard company, all while puffing on a nonfiltered camel. He gave up the cigs and the Buds a long time ago but never gave up his love of a good cup of coffee early in the morning out of his famous black plastic cup. He was loaded with common sense and would think about things in a way that was three steps ahead of whatever situation. He was also relentless whenever the family gathered for jigsaw puzzles and enjoyed outings to the casino and the horse races. Somehow, he always had luck on his side and walked away a winner as if he was a “slot whisperer”. He enjoyed a good short conversation and never hesitated to duck out or let us know when he was done with the yammering. Strong in character and strong in will, he never complained and dealt with everything that came his way in a direct no-nonsense manner. Jack is survived by his spouse, Rosemary (Harris) Madden of Ashdown, AR; two sons, Jack Madden, Jr. of Ashdown, AR and David & Amy Madden of Ashdown, AR; two daughters, Diane & Kirk Babb of Little Rock, AR and Lynda & Jay East of Ashdown, AR; ten (10) grandchildren, Jennifer Cowling, Heather Dickens, Boyd Kennemore, Zayne Madden, Hudson Madden, Lily Babb, Madden Babb, Jagger East, Landry East, Maddox Cobb; five (5) great-grandchildren, Jordan Cowling, Judd Kennemore, Jackson Dickens, Tinley Kate Kennemore, Doc Kennemore; and one (1) great-great granddaughter, Jadabeth Cowling. A come and go visitation is Sunday, February 20 from 1:30-5 p.m. and Monday, February 21 from 8 a.m.- 1 p.m. at Madden Funeral Home in Ashdown, AR. Graveside services will be Monday, February 21, 2022 at 2:00 p.m. at Ashdown Memorial Gardens in Ashdown, AR. Officiating will be Father William Burmester assisted by Father Lawrence Chellaiah.

Jack Madden was born June 13, 1945 in Waterbury, Connecticut to his parents Sheldon Madden and Ruby (Reppond) Madden. On Saturday, February 19, 2022 he was deceased at a Texarkana hospital at the age of 76. Jack was the owner of Madden Funeral... View Obituary & Service Information

The family of Jack Madden Sr. created this Life Tributes page to make it easy to share your memories.

Send flowers to the Madden family.