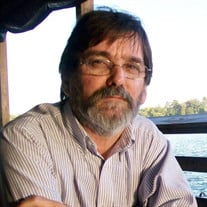 James William Newsom, Jr., of Ashdown, AR died on June 10, 2021 in Ashdown. James (Jim) was born to James W. Newsom, Sr. and Virgie A. Moore Newsom on February 6, 1952 in Harrisburg, Ar. He is preceded in death by his parents, his father and mother-in-law, W.T. and Ina Wade, one sister-in-law, Donna Wade Crain, one brother-in-law, Jack H. Young, Jr, and one nephew, Brandon Giles. James was a long-time teacher of High School English and Journalism in various High Schools. He served as a Congressional Aid to Congressman Mike Ross and is an author. His passion was being a Journalist/Reporter for 30 plus years. Jim worked on newspapers throughout many states including Arkansas newspapers, The Northwest Times in Fayetteville, The Hope Star, The Nashville News, The Little River News in Ashdown, and retired from the Sentinel Record in Hot Springs, Arkansas. He received several first-place awards for his excellence in journalism and first place excellence for the state of Arkansas for the coverage of the Albert Pike flood. Jim loved fishing, baseball, music, opera, reading, hockey and being with family. Jim would tell you that two of the best places he had ever been was Canada Niagara Falls with his wife and their trip to Little Rock to see his famous idle, Paul McCartney. Also his trip to New York City and Yellowstone National Park. He is a member of St. Luke Episcopal Church in Hot Springs, AR. Mr. Newsom is survived by his wife, Sherry Wade Newsom of Ashdown, his two sons, Don B. Newsom and James W. Newsom III of Hope, AR, three daughters, Charlissa Newsom of Poquoson, Virginia, Stephanie Zayouna (Duraid) of Katy, Tx and Stacy Revalee (Wallace) of Texarkana, TX, twelve grandchildren and one sister, Mary Wilkenson (Steve) of Virginia Beach, Virginia and several nieces and nephews. Funeral services will be Monday, June 14, 2021 at 2:00 at Madden Funeral Home in Ashdown with Richard T. Wade officiating. Interment to follow at Arden Cemetery.

James William Newsom, Jr., of Ashdown, AR died on June 10, 2021 in Ashdown. James (Jim) was born to James W. Newsom, Sr. and Virgie A. Moore Newsom on February 6, 1952 in Harrisburg, Ar. He is preceded in death by his parents, his father and... View Obituary & Service Information

The family of James (Jim) Newsom created this Life Tributes page to make it easy to share your memories.

Send flowers to the Newsom family.