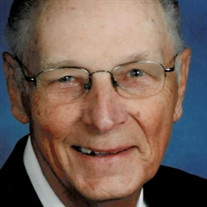 Kenneth Harrol Gatling was born on September 25, 1932 in Sparkman, Arkansas to Fred and Sallie Gatling. He passed away on March 1, 2022 at the age of 89. He grew up in Tulip Creek Botton, which is over a mile from the nearest road, deep in the woods close to the winding creek. He lived in a small house with a tin roof and no ceiling. He had no electricity, no plumbing, no running water, no outhouse. His mother would draw water from the creek. If he didn’t kill it or grow it, he didn’t eat it. Once, when he was a child, he wanted a bicycle more than anything. He didn’t get it from his parents, but he earned the bicycle by plowing fields with a mule. Once he earned enough money, he bought the used bicycle and rode it down to Tulip Creek Bottom. He promised himself that he would get out of there and provide better for his family. He made good on his promise. His family left Tulip Creek Bottom and moved to Hooks, Texas. Harrol graduated from Hooks High School and Four States Business College in Texarkana, Texas. After graduation he joined Day & Zimmermann, Inc for several years then moved to Dallas, Texas, and began working for The British American Oil Producing Company. After working 10 years there, and the company relocating to another city, he worked for The Texas Credit Union League & Affiliates. He advanced to Executive VP - CFO and retired after 25 years of service. He was predeceased by his parents Fred and Sallie Gatling, his wife Patricia Ann Gatling, his daughter Patsy Gena’ Gatling, his brother Fred Gatling Jr and his sister Marie Rufe. His daughter Gena’ Gatling had Down’s Syndrome. He was a gentle and kind dad to her. He would fix her favorites of pork n beans, peanut butter and banana sandwiches, and silver dollar pancakes. He made sure she could watch the Incredible Hulk when she wanted. He bought her a drum set that she loved. He was by her side for each hospital visit, holding her hand until she was better. His wife Pat worked at Angels, Incorporated, a school for special needs children. He was always ready to help when the bus broke down, welcomed teenagers and volunteers into his home, and was always involved in activities at the school. After Pat, his wife of 40+ years, died from a mean astrocytoma brain cancer, he later remarried and is survived by his wife Wynnelle (Youngblood) Gatling and her caring family. He and Wynnelle enjoyed 25+ years together, loving each other and sharing memories of their first spouses (both named Pat), and thankful for the time they had together in Hot Springs Village. He is also survived by his daughter Ginger Gatling and her family. Harrol was an active member of Bethany Baptist Church in Dallas, Texas for many years. He taught 2nd grade Sunday School for most of those years. He led the finance committee and ensured the church could financially meet its ministry needs. He and his wife Pat opened their home to the youth and oftentimes had someone from the church at their house. A few times he and his wife had the music and youth ministers live with them during transition times. After retiring to Hot Springs Village, Harrol became an active member of Balboa Baptist Church. He served Balboa Baptist well as treasurer and advised in many financial matters. He was also a longtime supporter of Mission Dignity, a nonprofit to assist retired Southern Baptist ministers. Harrol enjoyed playing golf and even got a few holes in one. Harrol was a reflection of God’s love, sharing generously of his time, talents, and resources. He served and lived well. He will be missed greatly and will always be in our hearts. The family would like to thank both Visiting Nurses Association Hospice and Faith Presbyterian Hospice for their exceptional care and compassion in his final weeks. There will be a graveside service at Wright’s Chapel Cemetery in Lockesburg, Arkansas on Monday, March 7 at 11 AM.

Kenneth Harrol Gatling was born on September 25, 1932 in Sparkman, Arkansas to Fred and Sallie Gatling. He passed away on March 1, 2022 at the age of 89. He grew up in Tulip Creek Botton, which is over a mile from the nearest road, deep in... View Obituary & Service Information

The family of Kenneth Harrol Gatling created this Life Tributes page to make it easy to share your memories.

Send flowers to the Gatling family.