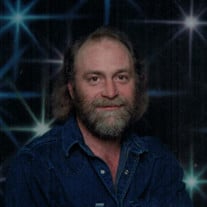 Robin Joe Couch, 58, of Ashdown, AR, died Wednesday, February 26, 2020 at his home. He was born October 20, 1961 in Nashville, AR to the late C. C. and Judy Couch. He was preceded in death by his parents, C. C. and Joyce Couch and Roy and Judy Tinsley, one brother, Larry Couch, one sister, Gaylon Meadows Dudley, one nephew, Gary E. Couch, one step-son, Jeremy Emmert and one brother-in-law, Mike Harrod. Mr. Couch was a diesel mechanic and truck driver for Nashville Trucking. Survivors include his wife, Judy Couch of Ashdown, one daughter and son-in-law, Summer and Joey Copeland of Memphis, TN, one brother and daughter-in-law, Jerry and Johnnie Couch of Nathan, AR, two sisters, Kay Culp of Nashville, AR and Carolyn Saldivar of Nathan, AR, grandchildren, Owen and Alyssa Copeland of Memphis, TN and special friend, Karen Fant. A graveside service will be Saturday, February 29, 2020 at 12:00 at Oak Hill Cemetery with Chris Clayton officiating. A visitation will be at 11:00 at the cemetery one hour prior to the service.

The family of Robin Joe Couch created this Life Tributes page to make it easy to share your memories.

Send flowers to the Couch family.